What is Binomial Distribution?

A Binomial Distribution describes the probability of an event that only has 2 possible outcomes. Ex. Heads or tails.

The probability of an event with n trials and f failures follows a binomial distribution. 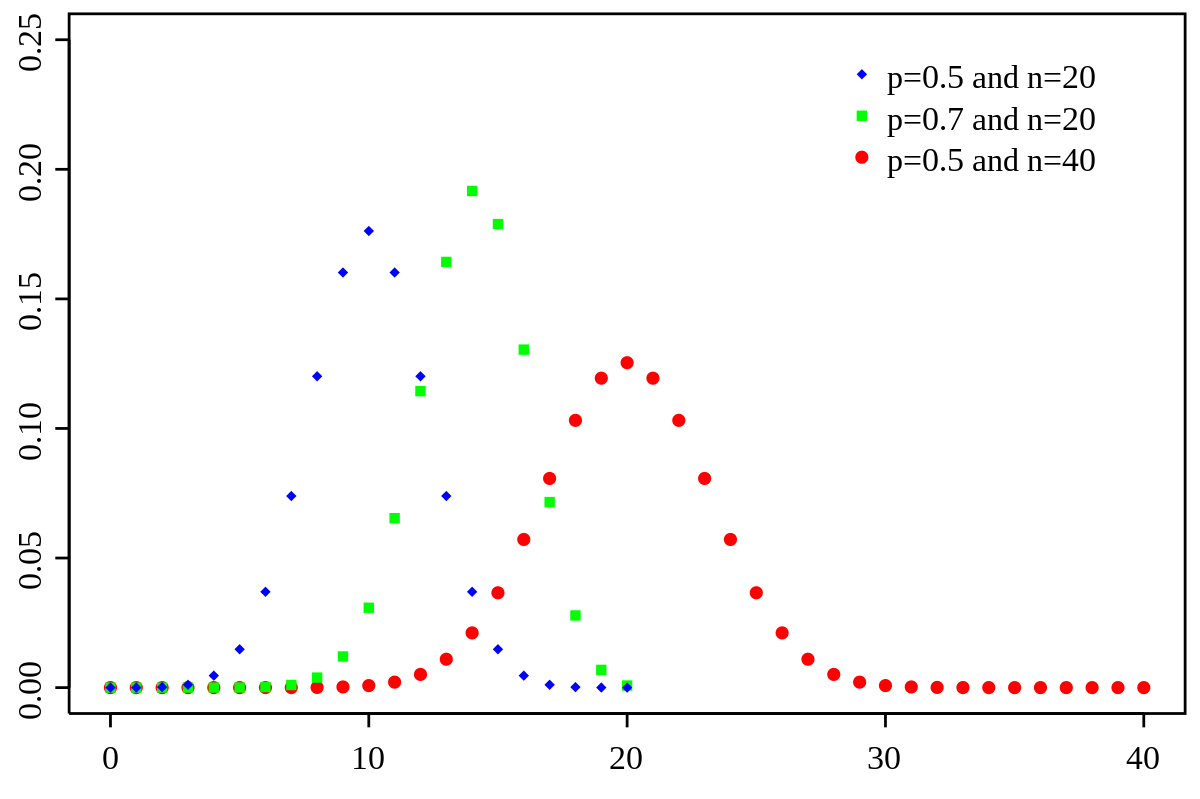 When Would You Use Binomial Distribution?

Requirements and Conditions for a Binomial Distribution

You Cannot Use Binomial Distribution On:

The questions can either be about the actual equations and translating a word problem into an actual solution. Or they can be about the necessary scenarios when you would apply binomial probability – in other words, what MUST be true to use it, or if an event is binomial, what can we infer about it’s properties.

This is just a fancy statistics term of single events taken on their own.

Example: a single flip of a coin

Another fancy statistics term for multiple events. I like to remember that Cumulative events literally accumulate multiple probabilities.

One thing to be aware of is that you can be asked to either manually calculate a binomial cumulative probability question or you could be used to leverage a chart.

Notes About Sampling With Replacement

Binomial is for N trials and F failures and describes the probability of k successes in n draws with replacement from a finite population of size N containing exactly K successes.

This is in contrast to the hypergeometric distribution, which describes the probability of k successes in n draws when sampling without replacement.

With a coin toss there are only 2 possible outcomes; heads or tails. So you should be on alert for using binomial.

A manufacturing process creates 3.4% defective parts. A sample of 10 parts from the production process is selected. What is the probability that the sample contains exactly 3 defective parts?

As soon as you see the word defective, you should be alert to using the Binomial equation. Since defect in this sense means that a part is in a binary state, either functioning or defective, it meets our criteria.

Forty-five percent of all registered voters in a national election are female. A random sample of 8 voters is selected. The probability that the sample contains 2 males is:

Since in this question the assumption is that there are (2) biological genders measured, male or female, you should be on alert to use the binomial distribution.

You can see that the same percentage was found on the chart. (In this case, x is the probability of the event happening instead of p.)

Cumulative Calculation Example: “At least” or “Fewer Than” or “At Most”

79% percent of the students of a large class passed the final exam. A random sample of 4 students are selected to be analyzed by the school. What is the probability that the sample contains fewer than 2 students that passed the exam?

Since we are examining data that only has a binary state, pass or fail, you should be on alert to using the binomial equation.

Also, since you’re asked for ‘x or fewer’, you have to calculate the probability of ALL POSSIBLE events.

An example of this kind of question is “Test the probability of the number of dropped calls will exceed a certain number.”

Here you’d do the opposite of the “Fewer” example above and count the probabilities above.

This can be a LOT of calculations. Fortunately, there are some short cuts involving a table.

Here are some good references:

Let’s assume that 20% of drivers on the road have NO car insurance. What is the probability that more than 7 out of a sample of 15 people have no car insurance?

That is, the probability that more than 7 in a random sample of 15 would have no car insurance is 0.0042

Example of Using Binomial Probability in a Six Sigma Project

Typically in a Six Sigma project you are using DMAIC methodology. Let’s say during the Define Phase you chartered a project to see if you could improve a process that had a binomial outcome. You even might use the Binomial Distribution to articulate the business case for why you should do the project in the first place – for instance, event A should be binomial, but it’s clearly not.

If you are running a pilot implementation during the Improve Phase, you might make the assumption that some events that are inputs to your process in fact will follow a binomial distribution.

In the Control Phase you might monitor that a specific process is generating Binomially distributed results if it should.

What You Need to Know for Certification

I think there is a typo:

Order of when they happen does matter.

Thanks for building this resource!

Yes, thank you Amy. Very much appreciate the proof reading!

The Cumulative Calculation Example is missing

Sorry, Nicolle. I’ll add that to the list to update.

This is now complete. Take a look!

This article has been completely re-written and is much more comprehensive and hopefully more helpful.

Let me know how it goes!

Does IASSC allows using excel in the exam ? or am i required to memorize the formula ?

The IASSC provides an equation sheet and that’s the only reference you are able to use.

If you’ve registered for an exam with them, they should be able to give you a copy to practice with.

What does the broken bar “¦” mean? I don’t see anything about it here, but then in some practice quiz explanations you include it.

Is it notation to refer to simplified factorials?

Yes, the notation was for factorial and I can see how that would be confusing. I’ve updated it in the answer sets.

This site uses Akismet to reduce spam. Learn how your comment data is processed.

Do the Work, Pass Your Exam, or Your $ Back.

100% of candidates who complete my study guide report passing their exam! Full refund if you complete the study guide but fail your exam. This is your 100% Risk Free option!